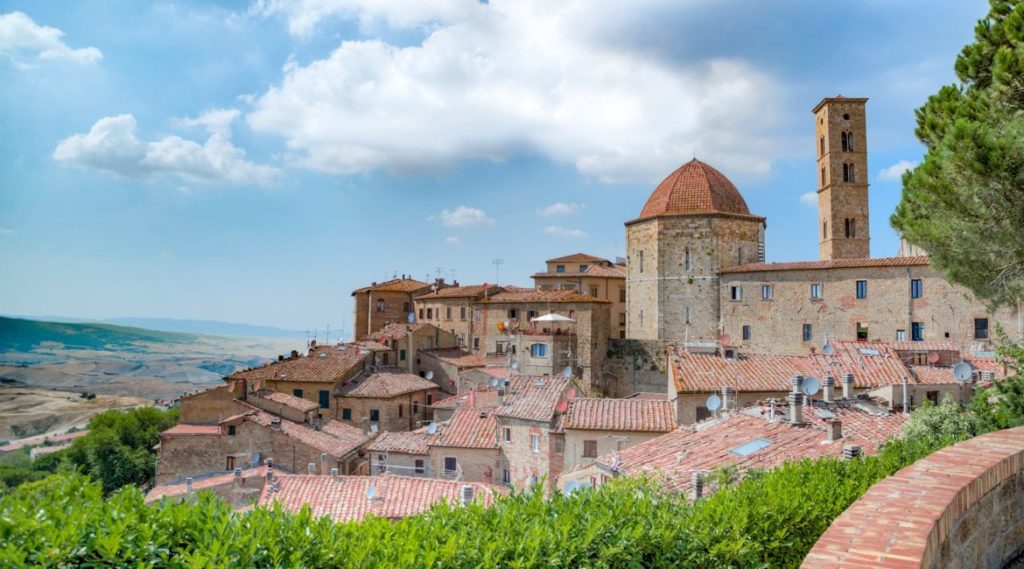 Posted at 16:32h in Uncategorized by stefano 0 Comments
0 Likes

Volterra is a charming town situated in the province of Pisa, not far from Florence, Siena and the coast as well. It is well known for its Etruscan origins and for the many remains belonging to this era.

Velathri, the Etruscan name of the town, was one of the twelve main towns that belonged to the Etruscan confederation; at the end of the 4th century BC, the 7300 meters long fortification walls were built up to protect not only the urban center, but also the surrounding fountains, cultivated fields and pastures from foreign invasions. After the Frankish and Lombard dominions, Volterra passed under Roman control and changed its name into Volaterrae (where the modern name comes from); later, it fell under Florentine supremacy until the town passed under the Grand Duchy of Tuscany before finally becoming part of the Kingdom of Italy in 1860.

Today, Volterra is particularly renowned for its peculiar urban layout that reminds us of its Etruscan origins: people can still visit part of the majestic protective walls built during the 5th to 4th centuries BC – including the well-preserved Porta dell’Arco and Porta Diana, two gates for entering the city – as well as the Acropolis that houses several buildings and the foundations of two ancient temples. There are many Roman remains to visit as well, like the Roman Theater, dating back to the end of the first century AC, built in a natural amphiteatheater shape area. For more suggestions on what to see in Volterra, take a look at our top sights to see in in Volterra.

Stroll down the historical center, step back in time and enjoy the timeless atmopsphere that surrounds the town: taste its typical products and visit the handicraft workshops, where you’ll find many ideas for souvenirs from Tuscany, especially alabaster hand-made objects, which Volterra is famous worldwide for.