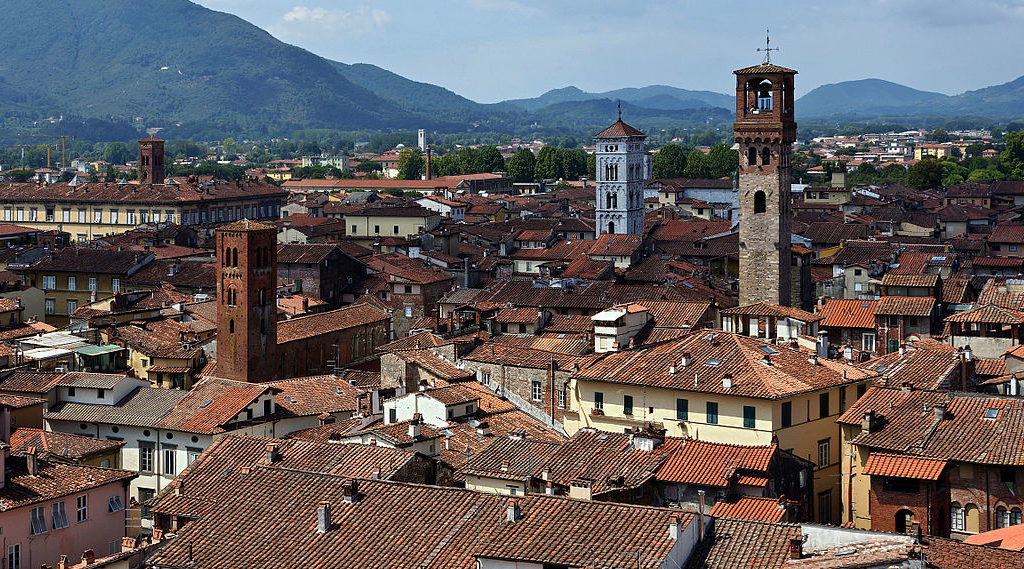 Posted at 16:32h in Uncategorized by stefano 0 Comments
0 Likes

Lucca is one of the cities most loved all of Tuscany, a stop that can not really miss in a classic itinerary to the discovery of the region.
The city can be visited in a day, but if you want to appreciate the best stop for a few days or choose it as a base to explore central or north Tuscany.

The city is located on a plain at the foot of the Apuan Alps and is less than half an hour from the coast of Versilia. Since it isn’t a hilltop village, it is ideal for anyone with mobility issues as well as for anyone wishing to take a break from climbing ;).

Lucca is very easy to reach both by car as well as train from both Pisa and Florence, making it perfect for anyone getting around solely on public transportation.

Most of the attractions in Lucca today show its ancient history: from the trace of the Roman amphiteater that can be seen in the shape of the Piazza dell’Anfiteatro to the archeological remains under the 12th century church of Saints Giovanni and Reparata (the first city cathedral, located just around the corner from the present-day cathedral of San Martino), to the various towers and villas from the 12th to 16th centuries.

Extraordinarily, as the city grew and modernized, the walls that surrounded the old town were maintained which was not the case for many other cities in Tuscany, including Florence. As the walls lost their military importance, the top of the walls became a pedestrian promenade, today one of Lucca’s main attractions. The area around the walls is well taken care of, with green grass and trees everywhere along the walls. They have in essence become a park that surrounds the city and blocks out more modern life. Here you can enjoy a bike ride around the entire perimeter, a stroll as you enjoy a gelato or simply a period of rest from sightseeing on one of the many shaded benches that line the main walkway.

Other top attractions include the Piazza of San Michele with its beautiful Church of San Michele in Foro, the Basilica of San Frediano as well as the Clock Tower and Guinigi Tower, to name just a few.